← more from
Cleopatra Records
Get fresh music recommendations delivered to your inbox every Friday.
We've updated our Terms of Use. You can review the changes here.

by Descartes a Kant 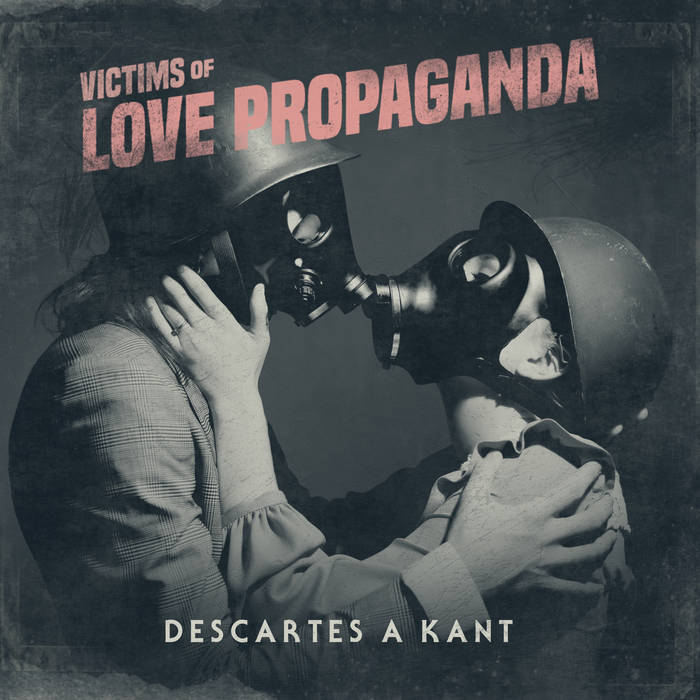 nahzfura2 From one paisa to another, me "culo-jodieron" mi corazon :P

Say Mumble You ass fucked MY heart! Favorite track: You Assfucked My Heart.

“Anyone who complains that there isn’t enough originality left in art
simply has not yet encountered Descartes a Kant.” - MetalSucks.net


The band’s third studio album, Victims of Love Propaganda, was recorded/produced in Chicago by legendary producer Steve Albini (Nirvana, Pixies, Breeders). It’s a concept album that questions all aspects of modern love through a series of dark tales of woe, limerence, break-up and grief. The band calls it an, "emotional porn album." The story’s narrative is represented by two characters that personify the face of a modern love relationship. It charts the couple’s mutable love as it transitions from enchantment, fascination and intensity to a state of indifference, disconnection, and dissolution throughout the ten-song cycle. Unlike other so called “break up” albums, any sense of resolution is left to the minds of the listeners.

On working with their new label Cleopatra Records, the band states, “We are thrilled to be releasing the record on Cleopatra, both because it's our first release outside of Mexico and they've been incredibly supportive. Also, we still can't believe we got to record this with Steve Albini, who is a hero of ours."

Descartes a Kant has garnered an international following, playing their avant-garde punk-metal-shoegaze-noise hybrid all over the world (including Russia) with bands like Sonic Youth, Yeah Yeah Yeahs, Melvins and Slayer – whose former drummer, Dave Lombardo asked the band to open for his new band, Dead Cross’s debut California tour in 2015.

Their stage show – a chaotically-orchestrated combination of steam punk, classical ballet and grande guignol theatre – steals the senses and gives the audience the idea that anything can happen at any time. To date, the band has released two albums, Paper Dolls in 2007 and Il Visore Lunatique in 2012. The band has also earned three awards at the Indie-O-Music Awards in Mexico: Best New Band in 2008 and Best Experimental Album and Best Live Act in 2013.

Descartes a Kant are set to tour the world in support of their new creation, complete with a new stage show and new costume designs. It promises to be a wild trip.

Bandcamp Daily  your guide to the world of Bandcamp

Guests John Beltran and Kim Myhr walk us through their magical musical adventures.